Manchester United have spent over £1.4 billion since Sir Alex Ferguson retired in 2013. That’s a lot of money for zero league titles…

We have ranked all 52 signings made for the first team post-Ferguson. All transfer fees are taken via Transfermarkt and the number in the bracket next to them is where they placed when this list was initially made in April, with 45 signings accounted for at the time.

52) Alexis Sanchez (swap) (45)
The Red Devils signed one of the best players in the Premier League on astronomical wages and he seemed to become an incompetent footballer overnight. At least he is a talented pianist.

50) Amad Diallo (£19m) (19)
Diallo’s transfer fee could rise to £37m, which is a ludicrous amount of money for someone who has was rubbish during a loan spell with Rangers and is now struggling to thrive with Sunderland. It is fair to say that Diallo’s early-career hype has dissipated and he will not become the player United fans hoped he would.

49) Angel Di Maria (£67.5m) (43)
Joining off the back of a man-of-the-match performance in a Champions League final, Di Maria flopped at Old Trafford. The only saving grace from his stint in Manchester is that the club recouped £56.7m when he was sold to PSG less than a year after arriving.

48) Radamel Falcao (£6.8m loan fee) (42)
Another player with a huge reputation; Falcao failed to rediscover his Porto and Atletico Madrid form during his spell with United and then Chelsea.

47) Harry Maguire (£78.3m) (41)
Often the scapegoat and always mocked, the 29-year-old is Manchester United captain and has put in many good displays for the Red Devils. However, the bad outweighs the good and as a result, he has not even come close to nearly justifying his hefty price tag.

Maguire is still captain but not a starter anymore following the summer signing of Lisandro Martinez. And now he could be leaving.

46) Aaron Wan-Bissaka (£49.5m) (40)
He puts in a mean slide tackle. But that’s about it. Poor in the final third and suspect defensively at times; Wan-Bissaka has simply not been good enough since his big-money move from Crystal Palace.

45) Memphis Depay (£30.6m) (39)
Wearing the No. 7 shirt has become something of a curse since Cristiano Ronaldo left in 2009, even for the Portuguese himself since his return last summer.

Depay came in as a terrific youngster from the Netherlands and took on the famous number. The forward scored seven goals in 53 games and left for Lyon for little over half of what United paid for him.

44) Paul Pogba (£94.5m) (38)
Pogba left United for Juventus on a free transfer in 2012, only to be re-signed by the Premier League club for a world-record transfer fee, to then join Juve for nothing again. Yikes.

He was excellent in fits and starts but nowhere near consistent enough to justify his price.

43) Morgan Schneiderlin (£31.5m) (37)
Schneiderlin was great for Southampton, so Louis van Gaal brought him to Old Trafford where he was nowhere near good enough. He left for £20m, so it’s not all bad.

In the first leg, Odion Ighalo did this 🚀 #MUNLASK pic.twitter.com/nwq1ODn5KH

39) Tahith Chong (free) (17)
Having paid no transfer fee for the young Dutch winger, United looked like they did pretty well. He didn’t get much of a chance and he now plays for Birmingham City after completing a £1.5m move in the summer.

36) Victor Valdes (free) (30)
Both player and club could have done without this move.

34) Timothy Fosu-Mensah (£342k) (28)
Fosu-Mensah was pretty cheap and United turned a profit in the end. He made 30 first-team appearances and was quite useful due to his versatility.

33) Donny van de Beek (£35m) (36)
It’s just not working out, even with his old manager Erik ten Hag at the club. This season is huge for his United future.

31) Marouane Fellaini (£29m) (26)
Fellaini was the first signing post-Ferguson after David Moyes bought him on deadline day for a higher price than the release clause that was active earlier in the window. He made 177 appearances for the Red Devils before leaving for Shandong Taishan in 2019.

29) Dan James (£16m) (24)
James was never really good enough for Manchester United. The best thing to come from his move is that they turned a profit when they sold him to Leeds United.

28) Eric Bailly (£34m) (22)
Erratic and amusing like Rojo, but for nearly double the price, Bailly only made seven appearances last season before joining Marseille on loan.

27) Henrikh Mkhitaryan (£37.8m) (21)
The other half of the worst deal on this list, Mkhitaryan joined with big expectations having provided 90 goal contributions in 140 games for Borussia Dortmund. He scored in a Europa League final victory. He also scored a scorpion kick (that was clearly offside). But anything good he did for United was eclipsed by the woeful swap deal which saw him go to Arsenal.

Mkhitaryan with an amazing Scorpion Kick goal! Goal of the season? 🔥 pic.twitter.com/zKlridRt3V

26) Facundo Pellistri (£7.6m) (20)
A promising youngster, Pellistri spent last season on loan at Alaves where he failed to impress. Time is on his side, however, with many at Old Trafford putting a lot of faith in the Uruguay international to come good.

25) Martin Dubravka (£2m loan fee) (NE)
Signed on a free after a decent spell with Newcastle. He joined to play back-up to David de Gea and presumably feature in the Europa League. He has zero appearances so far for the club.

We will give him the benefit of the doubt with a top-25 berth here considering he is one of the best second-choice goalkeepers out there when fit.

23) Hannibal Mejbri (£9m) (18)
Signed from Monaco in 2019, Mejbri is currently on loan at Birmingham and has grown a reputation for being a bit mental.

22) Jadon Sancho (£76.5m) (5)
It has been difficult for Sancho at Old Trafford. There is a player in there itching to come out. He better do just that because he cost a helluva lot of money.

21) Daley Blind (£15.7m) (16)
Blind was a handy player to have. Versatile, consistent, rarely outstanding. He played over 140 times in four years at Old Trafford. 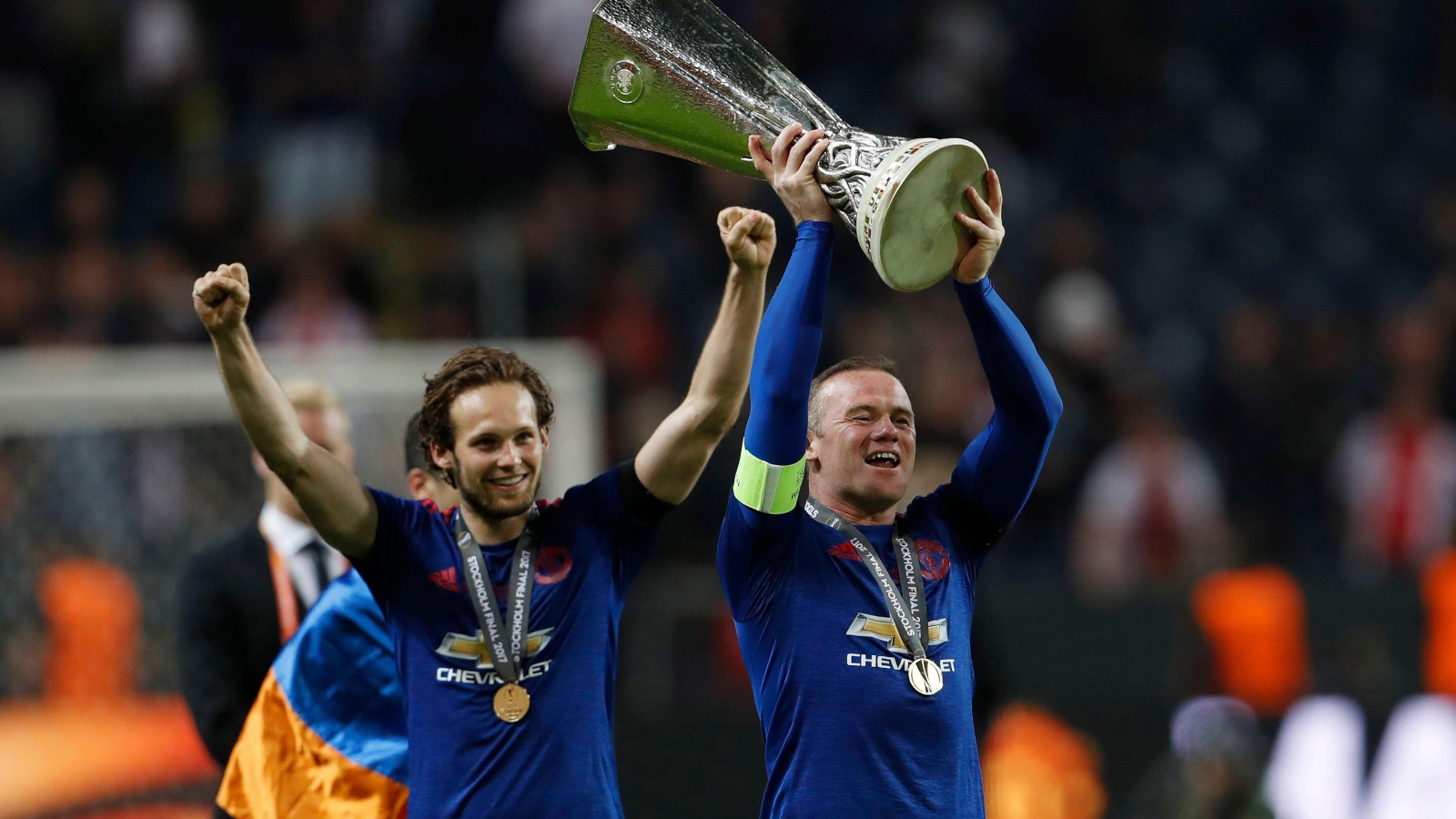 20) Juan Mata (£40m) (15)
David Moyes’ second major signing after Fellaini, Mata joined after falling out of favour at Chelsea under Jose Mourinho. The Spaniard played 285 times for the Red Devils, with game time hard to come from the start of 2020/21 up until his summer departure.

19) Alex Telles (£13.5m) (14)
Telles was decent when called upon but Ten Hag sent him out on loan to Sevilla in his first summer at Old Trafford.

18) Anthony Martial (£54m) (12)
Martial joined as the most expensive teenager in world football, scored a wonderful goal on his debut and was being compared to Thierry Henry. He scored 17 goals in 32 Premier League matches in 2019/20 and looked like he was coming of age. Since then, he has looked slow and poor in front of goal.

After a loan spell at Sevilla last term, Ten Hag has given Martial another chance, though he has struggled for fitness. Obviously.

17) Victor Lindelof (£31.5m) (11)
Another expensive centre-half, Lindelof has not been a bad signing. But ‘not bad’ doesn’t really cut the mustard for Manchester United.

16) Antony (£80m) (NE)
The spinning Brazilian cost much more than what he is worth and has looked okay in his first few months in England.

16th is perhaps a bit harsh, but I will never be able to truly comprehend how much United paid to sign Antony.

15) Tyrell Malacia (£13m) (NE)
Nice player for a very respectable fee. He quickly shifted Luke Shaw out of the starting XI before quickly surrendering it right back to the England left-back.

14) Sergio Romero (free) (8)
As far as back-up goalkeepers go, Romero was pretty good. And he was free. Bonus.

13) Alejandro Garnacho (£400k) (NE)
£400,000 is a bloody bargain for someone who looks like they have a lot of potential. Garnacho earned his first Premier League start against Aston Villa on Sunday, but it was a day to forget for the Red Devils.

12) Edinson Cavani (free) (9)
Seventeen goals in 39 games in his first season was a great return from a player signed on a free transfer. He was rewarded with a new contract before United bought Cristiano Ronaldo. Last season was not fun for Cavani.

11) Luke Shaw (£33.7m) (3)
He has been criticised for his fitness and defending during his United career, but he is one of few to actually live up to his transfer fee. He needs to be consistent and hopefully his stint out of the starting XI was the kick up the backside he needed.

10) Ander Herrera (£32m) (6)
Herrera was Manchester United fans’ player of the season in 2017 after he helped them win the League Cup and Europa League – the club’s most recent trophy. He played 189 times for the Red Devils and was a fan favourite due to his passion, tireless work rate, and man-marking techniques.

9) Fred (£53m) (10)
A couple of seasons ago Fred was in the same bracket as Lukaku, Pogba and others as the big-money flops. But the Brazilian midfielder has been pretty good for the last year or so.

£53m is still a bit steep, mind. And he might yet leave for nothing.

8) Raphael Varane (£36m) (7)
Injuries have stopped Varane from showing Premier League spectators just how good he is. He isn’t a four-time Champions League winner for no reason.

7) Cristiano Ronaldo (£13.5m) (4)
There’s not a lot to say that has not already been said. £13.5m for the most marketable footballer on the planet isn’t too bad at the end of the day. Even if this has turned into the biggest circus in world football.

6) Diogo Dalot (£19.8m) (13)
Dalot’s time at the club looked up in the summer of 2021 with Jose Mourinho’s Roma circling, but he has established himself as the club’s first-choice right-back ahead of Wan-Bissaka.

He has been superb this season and it is hard to see Ten Hag signing a replacement any time soon, and that looked inevitable when the Dutch manager joined in May. 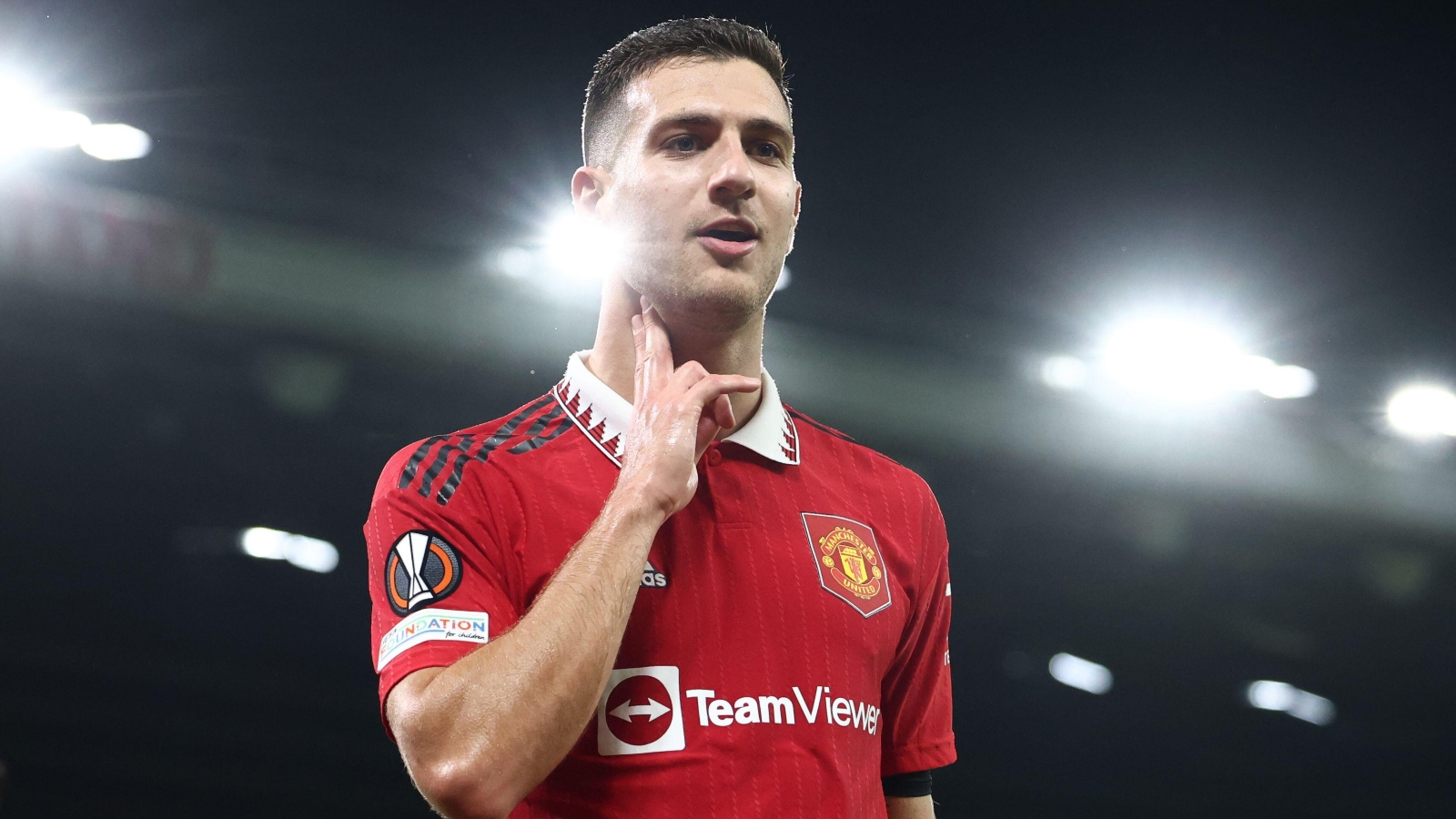 5) Lisandro Martinez (£50m) (NE)
Yes, he is under 6ft tall. Why is this conversation still going on?

Martinez is a brilliant footballer who has adapted to Premier League life very quickly. The Argentine attracted interest from Arsenal before he moved to Old Trafford and it is clear to see why. If Varane can stay fit, this central defensive partnership has great potential.

4) Christian Eriksen (free) (NE)
A lot of us fancied Eriksen to be the bargain of the summer and he has been consistently solid since joining. His story is fantastic and there aren’t many better free transfers out there.

Signing a five-time Champions League winner to bolster a position in dire need of improvement… United are a much better team with the Brazilian defensive midfielder on the pitch.

2) Zlatan Ibrahimovic (free) (2)
Honestly, in my eyes, the first signing on this list which was/has been a huge, unqualified success at Old Trafford. It only took 50 players to get here but at least we did in the end.

Zlatan scored 28 goals and provided 10 assists in his only full season, helped them reach the Europa semis before his teammates did the rest and he also scored a brace in the final of the League Cup as United beat Southampton 3-2. In 17/18, he struggled for fitness and left for LA Galaxy, for whom he scored 22 goals in 27 games in the same campaign.

1) Bruno Fernandes (£56.7m) (1)
Although his performances are not as good as they were during the behind-closed-doors days, Bruno Fernandes has been an excellent signing. In his first season and a half, Fernandes provided 65 goal contributions in 80 games and was the best player in Ole Gunnar Solskjaer’s side by a country mile.

He is one of the best midfielders in the Premier League and a rare bit of great business by the Red Devils.