To finish in the top four is decried by some as overrated: after all, it’s not a trophy is it?

Except that ignores the significance of a top-four finish.

In the modern day especially, it has to be seen as an important achievement with it ensuring passage to the Champions League knockouts, giving teams a huge influx of cash and the ability to sign better players.

Of course, this wasn’t always the case. The modern system of all of the top four qualifying for the Champions League has only been around since 2017-18, with fourth previously having to go through a qualifying round or, in the early Premier League years, not even qualifying at all.

But here is every club that has finished in the top four in the Premier League era, whether they qualified for the Champions League or not. There are a few surprises.

At the peak of David Moyes’ reign, he led them to a fourth-place finish with 61 points, three clear of bitter rivals Liverpool.

With Champions League money, they would build on to re-establish themselves as one of the biggest clubs in England.

Unless, of course, they lost both legs of their qualifying round to Villareal, going out 4-2 on aggregate. Which they did. Ouch.

Oh yes, the mighty Canaries finished third in 1992-93, the inaugural season of the Premier League.

They had been around the top of the table for much of the season – and often sat in first – but a fateful 3-1 loss to eventual winners Manchester United scuppered their title hopes.

Unfortunately for Norwich, only the Champions qualified for Champions League at this point, and they instead went into the first round of the UEFA Cup.

They did go on a bit of a run, however, which included a victory over Bayern Munich that made them the only British team ever to beat the German giants in their old Olympiastadion.

💛 – 25 years to the day since Norwich beat Bayern Munich at the Olympiastadion. The only British team to ever do it.

The two-time European Champions found themselves unable to compete in the Premier League era and only finished in the top four once, when they came third in 1994-95.

They had been relegated two seasons prior but under Frank Clark, they roared back to the Prem immediately and came third in their first season back.

They then went all the way to the quarter-finals of the 1995-96 UEFA Cup, losing to Bayern.

Relegation favourites to champions of England to Champions League quarter-finalists.

They’ve twice come close to a Champions League return under Brendan Rodgers but have fallen at the final hurdle on both occasions.

The former European Champions have only finished in the top four twice in the Premier League era.

They came second in the inaugural campaign, Ron Atkinson’s Villains finishing up 10 points behind his former side Manchester United, and fourth in 1996.

On both occasions, they had disappointing UEFA Cup campaigns, and haven’t returned to the top four since.

Super Leeds thrice finished in the top four before their financial collapse.

Having never managed to win the European Cup in their golden years under Don Revie, Leeds had a tremendous Champions League run in 2000-01 where they reached the semi-finals, only to fall to defeat against eventual losing finalists Valencia.

Once Champions of England, Blackburn finished fourth, second, and then first in the Premier League’s debut three seasons.

You know all about them. Sir Kenny Dalglish at the helm, Alan Shearer up front and all backed up by Jack Walker’s seemingly endless pile of money.

Their one Champions League campaign saw them finish bottom of their group, and their dream era ended soon after. They have been absent from the Premier League since 2012.

Newcastle’s top-four finishes can be put in two distinct categories.

The first few came in the early years of the Premier League when they frequently pushed Manchester United to the title under Kevin Keegan and then Kenny Dalglish.

The latter two came under Bobby Robson and his slightly crazy, but all-around brilliant side of the early noughties.

Yep, Spurs have only finished in the top four seven times.

On one occasion that wasn’t enough to get them back in the Champions League, however.

Such were the rules in 2011-12, Chelsea took their spot by virtue of being Champions League winners – despite finishing below Spurs domestically.

Four of the club’s seven top-four finishes came under Mauricio Pochettino who turned them into Champions League regulars. Pochettino’s successor Jose Mourinho was unable to guide Spurs back to the promised land, but Antonio Conte could.

Since finishing in the top four for the first time in 2010-11, City have not finished outside of it once.

That’s some turnaround considering they were playing in League One in 1998-99.

The Premier League has been a rocky road for Liverpool, but at least they have finished in the top four 19 times.

Liverpool were frequent top-four finishers but seldom challenged for the league under all three of Roy Evans, Gerrard Houllier, and Rafa Benitez.

But the 2009-10 season started a run of seven campaigns with only one top-four finish, the only exception coming when the Reds missed out on the title under Brendan Rodgers.

Yet since Jurgen Klopp took over, Liverpool have been Champions Leagues regulars once again and only finished outside the top four in his first season. Including the season where they lost six successive Premier League matches at Anfield (somehow).

Early signs suggest they might struggle to keep that run going in 2022-23.

Also with 19 are Chelsea, who have finished in the top four almost every season during Roman Abramovich’s reign as owner.

In 19 full seasons since the takeover, Chelsea have finished in the top four every campaign bar three, with the Blues almost immediately becoming a serious force thanks to their business in the market. That’s a mammoth difference to the pre-Abramovich era, when they achieved that feat just three times.

It’s a big ask for Todd Boehly to maintain that kind of return. 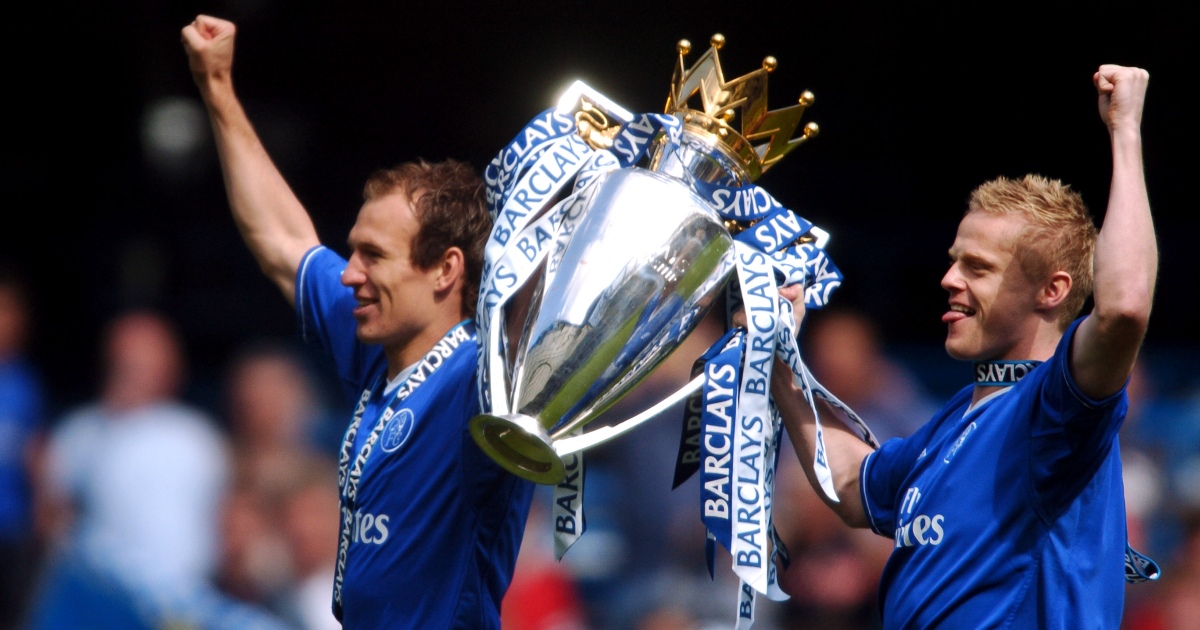 Yet prior to their fifth-place finish in 2016-17 under Arsene Wenger, the Frenchman had guided them to 20 successive top-four finishes, which includes an incredible streak of 19 Champions League qualifications, the longest in English history.

Their European escapades in that time include one Champions League final, lost when Jens Lehmann was sent off against Barcelona.

It wasn’t going to be anyone else.

It’s incredible to think that top four is something United no longer routinely achieve when, under Alex Ferguson, they never finished lower than third in the Premier League.

Comparatively, the post-Fergie era has seen just four top-four finishes, with only Ole Gunnar Solskjaer achieving that back-to-back in his two full seasons as manager when he finished third and second.

Now United face a fight to qualify for the Champions League once more under Erik ten Hag.

READ NEXT: 10 of the best Champions League away wins by Premier League teams

Punishment and "defamation" deter others from violating the cap.