Ranking every WC 2022 squad by their transfer value

The World Cup has been whittled down from 32 teams to 16 and there have been a fair few shocks in the group stage already. But which sides have been the biggest surprises getting through, and which have been the biggest underachievers? We’ve taken a look through the transfer value of each national team squad to see.

Having the best players isn’t always a guarantee of success at international tournaments but possessing a deep squad should come in handy considering the compressed nature of the 2022-23 season.

Quite a few World Cup regulars – Costa Rica, Saudi Arabia, Tunisia, Iran, Australia – have squads that are worth less than Kylian Mbappe alone, highlighting the diverse profile of the competing nations in Qatar.

Players such as Lionel Messi, Cristiano Ronaldo, Gareth Bale and Luka Modric, who are invaluable to their respective nations, are no longer the highest-valued players due to their age, hinting at the changing of the guard that is a feature of every World Cup.

And some nations have younger players coming to the fore. As an example, Phil Foden has replaced Harry Kane as England’s most valuable player while Jamal Musiala is now Germany’s MVP according to Transfermarkt. We can’t argue with that, really, given Musiala’s electric performances as Die Mannschaft exited early.

The upper echelons of this list are dominated by Europe and South America’s big guns but, as previous World Cups have demonstrated, there’s nothing stopping a lesser-ranked team springing a surprise.

We’ve ranked every squad participating at Qatar 2022 based on their cumulative worth on Transfermarkt from lowest to highest.

Christian Pulisic really gave everything to score for USA against Iran 👊 pic.twitter.com/ZMrK9DaQVf

De Bruyne on #BEL winning the World Cup. “No chance, we’re too old… I think our chance was 2018. We have a good team, but ageing. We lost too many key players.” (Guardian) pic.twitter.com/3WIM0CsWI4 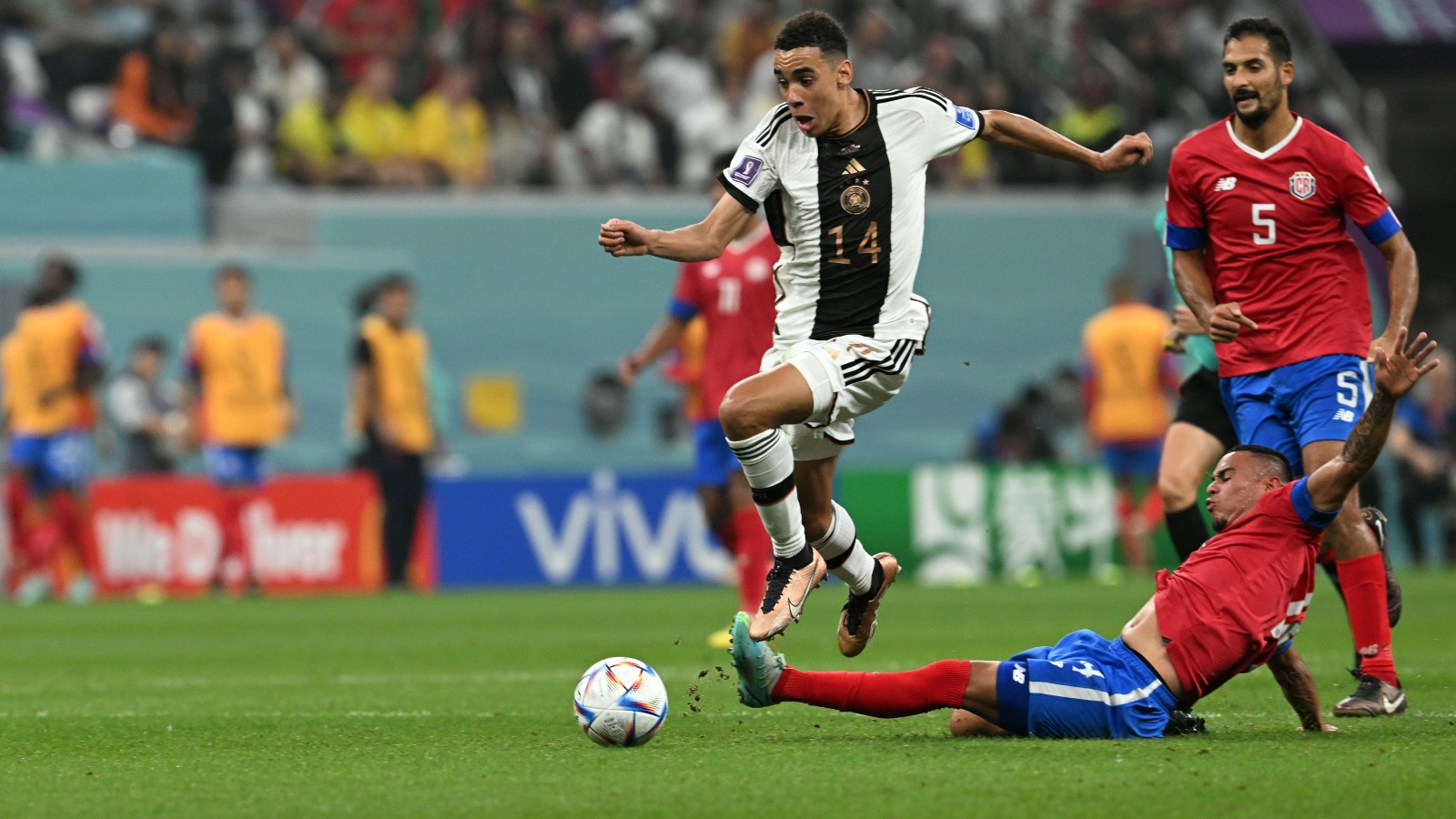 READ: The top 10 players with the most dribbles at the World Cup: Messi, Musiala…

Mbappe gets what must be the winner for France with 5 minutes left on the clock!

The 23-year-old now has 7 goals at the World Cup Finals, 2 more than both Zidane and Platini!! 😲#ITVFootball | #FIFAWorldCup pic.twitter.com/pijNvcFt3i

READ MORE: Messi & Ronaldo next: The three players to play at 5 World Cups

TRY A QUIZ: Can you name every country to compete at a FIFA World Cup?