Where are they now? The Spurs side from Poch’s first pre-season friendly

Pochettino’s first game came ended in a 3-3 draw with Seattle Sounders at CenturyLink Field, and the work he had to do was clear to see.

The Seattle team that day featured DeAndre Yedlin, who joined Spurs later that summer, and Clint Dempsey, who had left the north Londoners the previous year. But we’re here to talk about that Tottenham team…

A solid start. Friedel was already 40 when he joined Tottenham from Aston Villa, but the goalkeeper still gave Spurs four years of service.

After retiring in 2015, Friedel has since managed the USA’s Under-19s and, most recently, the New England Revolution. He was sacked from the latter in May 2019 with a record of 12 wins, 21 draws and 13 defeats and has kept a relatively low profile since.

Signed from Sheffield United alongside Kyle Walker, Naughton enjoyed rather less success, making 74 appearances over four and a half seasons before joining Swansea in 2015.

He’s been there ever since, but we still can’t quite get our heads around the fact he’s now 33.

In 2018, the former England international returned to his first club, Nottingham Forest in the Championship. He retired in 2021, as a result of injuries that kept him out for the whole of the 2020-21 season.

“It’s been frustrating that I haven’t been able to say goodbye to the fans in person,” he said, “but I hope to be back at the City Ground again very soon.”

Spurs went through an awful lot of hassle to sign Fryers, failing to agree on a compensation package with Manchester United to sign the young defender in the summer of 2012 and watching on as he instead joined Standard Liege, who were able to sign the player for a minimal fee given they are not an English club.

The former England youth international spent six months in Belgium before joining, you guessed it, Tottenham. Sir Alex Ferguson accused the north Londoners of “blatant manipulation” of the rules, but it really wasn’t worth all the fuss.

Fryers made seven Premier League appearances for Tottenham and has gradually dropped down the divisions with spells at Barnsley, Swindon, Stockport County, Welling United and, as of May 2022, Macclesfield Town.

After several attempts to get out of the club, Rose finally left Spurs in January 2020, albeit only on loan to Newcastle United.

The former England international was left on the sidelines throughout the season after a permanent move failed to materialise. Finally, he managed to join Watford in 2021 but only made eight appearances as they were relegated from the Premier League.

This is a perfect time to look back on the time Danny Rose called out Jose Mourinho for not picking him…😂pic.twitter.com/e48Udzj0y6 https://t.co/PqvJMINVvW

The former England Under-21 international eventually left on a permanent deal, returning to Swansea in 2017.

Another loan deal seemed to offer Carroll a potential Premier League return in January 2019 as he joined promotion-chasing Aston Villa, but injuries scuppered any chance of it being made permanent and a year later he was released from his Swans contract.

He has since had spells with QPR and Ipswich Town but is currently a free agent.

Capoue never established himself at Tottenham, making 24 Premier League appearances across two seasons and later admitting he struggled with the “big pressure” at a club like Spurs.

But after swapping Spurs for Watford, the France international became one of the most reliable midfielders in England’s top flight and earned a move to Villarreal. It’s worked out pretty well…

A goalscorer on the day, for some reason we really, really liked Holtby. We think it might have been his name and left foot.

Anyway, yes, where were we? Oh, right – Holtby joined Hamburg in 2015 before joining Blackburn Rovers on a free transfer in 2019 following the expiration of his contract. He was released by Rovers in 2021 and is, at the time of writing, playing for 2. Bundesliga side Holstein Kiel.

Townsend was loaned out nine times by Tottenham before eventually breaking into the first team as an inconsistent winger who occasionally scored wonder goals.

It seems strange thinking that Lennon played under Pochettino at Spurs, but it didn’t last very long.

Midway through Pochettino’s first season in charge, Lennon was loaned out to Everton, who he then joined permanently before moving to Burnley in January 2018.

The former England international enjoyed two spells at Turf Moor, with time at Kayserispor in the Turkish Super Lig sandwiched inbetween, but is currently a free agent following Burnley’s relegation.

Kane was coming off the back of his breakthrough into the Spurs first team in which he scored three goals in as many games at the end of 2013-14.

The striker went from strength to strength the following campaign, bagging 31 goals in all competitions and winning the PFA Young Player of the Year award. He’s done alright since then, too.

READ: Where are they now? Tottenham’s XI from Harry Kane’s debut in 2011

Fredericks played just four times in competitive matches for Spurs, and not once under Pochettino.

The right-back joined Middlesbrough for an injury-stricken season-long loan deal in 2014-15 before dropping down to the Championship permanently with first Bristol City and then Fulham.

Having impressed in Fulham’s promotion campaign, Fredericks joined West Ham in 2018. He spent four years with the Hammers before moving to Bournemouth this summer.

Kaboul was made club captain in Pochettino’s first season, only to be sold to Sunderland at the end of the campaign.

He left Watford by mutual consent in December 2018 and has now retired having failed to find a club since.

The young centre-back was loaned out twice in Pochettino’s first season and eventually left Spurs to join Werder Bremen for just €300,000.

Veljkovic has proven a hit in Bundesliga, establishing himself as a regular for Werder and earning himself 20 Serbia caps.

A sad story with a happy twist. Mason left his boyhood club in 2016 to join Hull City only to be forced to retire two years later at the age of just 26 due to a fractured skull suffered in a clash of heads with Gary Cahill in 2017.

In April 2018, Mason returned to Tottenham on a voluntary basis to help coach youth teams while taking his coaching badges. In 2019 he was made the official academy coach for the Under-19 UEFA Youth League side and in 2020 he became the head of player development.

When Jose Mourinho left in 2021, Mason was made interim first-team manager and steered Spurs to four victories in seven games. He now works as First Team coach under Antonio Conte.

Now 31, the Spanish forward hadn’t started consecutive seasons with the same club until moving to Torino, initially on loan, in 2016. 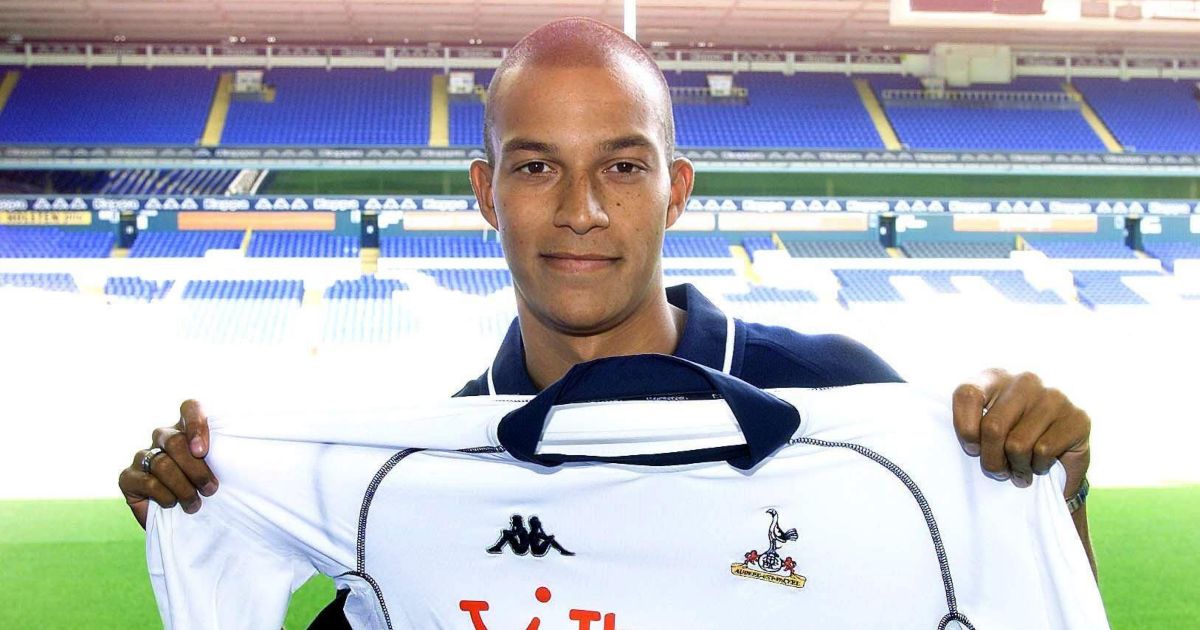 READ: 9 players who did next to nothing at Tottenham… but shone after leaving

The third and final player still at Tottenham, Lamela’s future in north London appeared uncertain after a disappointing debut campaign in which the winger seemed unsuited to English football.

Under Pochettino, however, the Argentine was transformed into a hard-running shithouse of an attacker, albeit one who has never managed to stay fit for too long.

Lamela left Spurs in 2021 to join Sevilla, where he made 24 appearances last season.

Signed by Tottenham from Barcelona, Ceballos never made it onto the pitch for Spurs in a competitive game before being released to join Charlton Athletic.

The Spaniard only managed five league appearances for the Addicks and now plies his trade for Azerbaijani club Sabah.

Oh, Roberto. At least you scored in this friendly. It was a penalty, of course. But they all count, don’t they?

He’s now at Levante, having enjoyed a lovely little run in the Europa League in 2020-21 with Granada, but he’s still waiting for his first double-figures-in-a-league-season season since leaving Valencia.

Ranking all 27 signings Tottenham made under Mauricio Pochettino

Can you name every player Mauricio Pochettino signed for Tottenham?

Oleksandr Usyk on mass: “I have more weight than last time”

Oleksandr Usyk on mass: “I have more weight than last time”